In March I read two books. 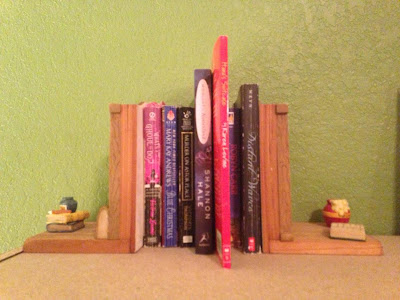 Shelter Mountain by Robyn Carr - 5 stars - A fabulous second book in the series. I love all these characters and love how she doesn't just abandon the story from the first book but expands on it in this one, while still telling a story on different characters as well. She really made me cry in this one, as part of the story was just heartbreaking but it was done really well. This series is a definite favorite of mine.

Distant Waves by Suzanne Weyn - 4 stars - Two subjects that fascinate me in one novel - Lily Dale & Titanic. I like historical fiction so this was right up my alley. The author kept the major facts the same and tweaked or embellished enough to add intrigue. A good, interesting book. If I had one minor gripe it's that I would have liked to know what became of the main characters in the future.

That's five new authors for me so far this year.  One new author (Victoria Thompson) read that I chose ahead of time.